DLP projectors or Digital Light Processing are a type of projection technology that uses a digital micro-mirror device (DMD) to project images onto a screen. They are commonly used in a variety of settings, including classrooms, conference rooms, and home theaters. DLP projectors are known for their high contrast ratio, which allows for deep blacks and bright whites, and their ability to display fast-moving images without blurring. They also tend to be more compact and lightweight than other types of projectors, making them easy to transport and set up. Additionally, DLP projectors are considered a cost-effective solution for large-screen displays. DLP projectors can be used for many applications like education, business, and home entertainment and it’s a popular choice among many people.

1 How do DLP and LCD Projectors differ from each other?

How do DLP projectors tend to work?

The images projected onto the screen from most DLP-digital light processing projectors are formed from the projection source using reflective technology called digital light processing or DLP technology. The DLP processing board uses a digital micromirror device or DMD which acts as a light switch inside each DMD chip are million tiny mirrors coordinated with each other which correspond to one pixel of light in the projected image. These tiny mirrors tilt towards or away from the light source thousands of times a second to produce up to 1024 shades of gray. With the single-chip DLP projectors, a spinning color wheel is added to convert the monochrome picture into color. When the color wheel spins, it causes red green, and blue light to fall sequentially onto the DMD chip. When the on-and-off states of these tiny mirrors are coordinated with these flashes of light, over a billion colors can be created in a 3-chip DLP system white light source is passed through a prism that divides the light into a red light, green light, and blue light. Each DLP chip is dedicated to a primary color the red, green, and blue reflections from the three chips are combined and passed through the lens to project digital imagery made up of more than 35 trillion colors.

How do LCD projectors work?

As opposed to DLP technology, where the ambient light is reflected from digital micromirror devices DMDs, or a DLP chip, LCD technology passes the colored light through the polysilicon LCD panel and are therefore known as a light transmissive device. A liquid crystal display basically comprises two transparent sheets of polarizing material with liquid-containing rod-shaped crystals sandwiched between them. The LCD panels themselves do not emit light but are backlit with red, green, and blue light. The light is lost when polarized light hits the edges of the transistors. The colored light does not pass through and a grid-type shadow is created. Due to this reason, many liquid crystal displays are equipped with a micro-lens array enabling a greater concentration of light onto the panel and reducing light lost after it passes through the panel.

While the DLP chip is made up of millions of tiny mirrors the LCD chip is made up of millions of tiny cells each cells opacity can be controlled by sending an electrical signal that controls the light transmission properties of the LCD panel light is polarized before it passes through the LCD an electrical charge is applied to the crystals in the layer causing them to rotate the plane of polarized light these on and off states can produce up to 256 shades of gray or 8-bit processing in a three LCD panels system. White light is passed through a series of dichroic mirrors that divide the light into red, green, and blue each chip is dedicated to a primary color the red green and blue images from the chips are combined and passed through the lens to project the image. Although, transmissive technology does not replicate the picture quality of the reflective surface such as DLP systems.

DLP technology creates colorful, sharp images, and has a clear contrast compared to those produced with traditional projector lamps. The space between pixels is greatly restricted since the micromirrors are separated by less than 1 micron. This improves the clarity of the final image. You get a sharper image with a resolution of 1080p which is smooth with no jitter. There is excellent grayscale linearity and you can achieve perfect geometry with the projection display.

The lens on DLP projectors can be extended through optical zoom lenses to enlarge projected images. This allows users to magnify the displaying static images without having to move the projector. When using optical zoom, the image quality is not compromised despite placing the camera further from the screen. An optical zoom with a wider field of view provides greater mounting flexibility.

The advantages of DLP projectors are grounded in their construction and in the way they generate images.

Compared to LCD projectors, DLP projectors offer many advantages. If you plan on installing a digital projector permanently, you have to take some time to understand which technology is best for your personal needs and requirements. We generally recommend choosing an LCD projector if color reproduction is important for your application or if you need a sharp image. The DLP projector may be your best choice if you are planning to use it mainly for video or if you need a more portable model. Check out our blog on various advantages and disadvantages of a projector to get a better understanding before buying a new projector for your home.

What is the cost of DLP?

A DLP Projector can range between 7,000/- to 2,00,000/- depending upon the model you choose. The higher the price, the more features and sharper image quality you get.

How long does DLP last?

In most cases, DLP Projectors can last up to 2500-6000 hours. However, after long usage, you may experience a screen door effect or brief flashes of color across the screen that can create the rainbow effect.

Is LED better than DLP?

As compared to other projectors, LED projectors use light-emitting diodes, which are more energy-efficient and last much longer. Whereas a DLP projector projects images from a monitor onto large screens using micromirrors. LED projectors are built to last more than 20,000 hours, deliver better colors, and require less maintenance. A DLP projector is a lighter, more portable, and more reliable alternative to an LED projector.

What is better DLP or LCD projector?

The LCD projector’s blue values are twice as bright as the DLP projector. Its yellows are 50% brighter as well. The DLP’s lower color brightness causes the colors to appear darker, making them appear richer and more vibrant. You can project higher-resolution images and videos with DLP projectors because they have more mirrors and pixels. While comparing the price, DLP Projectors are more expensive.

hat are the disadvantages of DLP projector?

This article has been viewed 32 times. 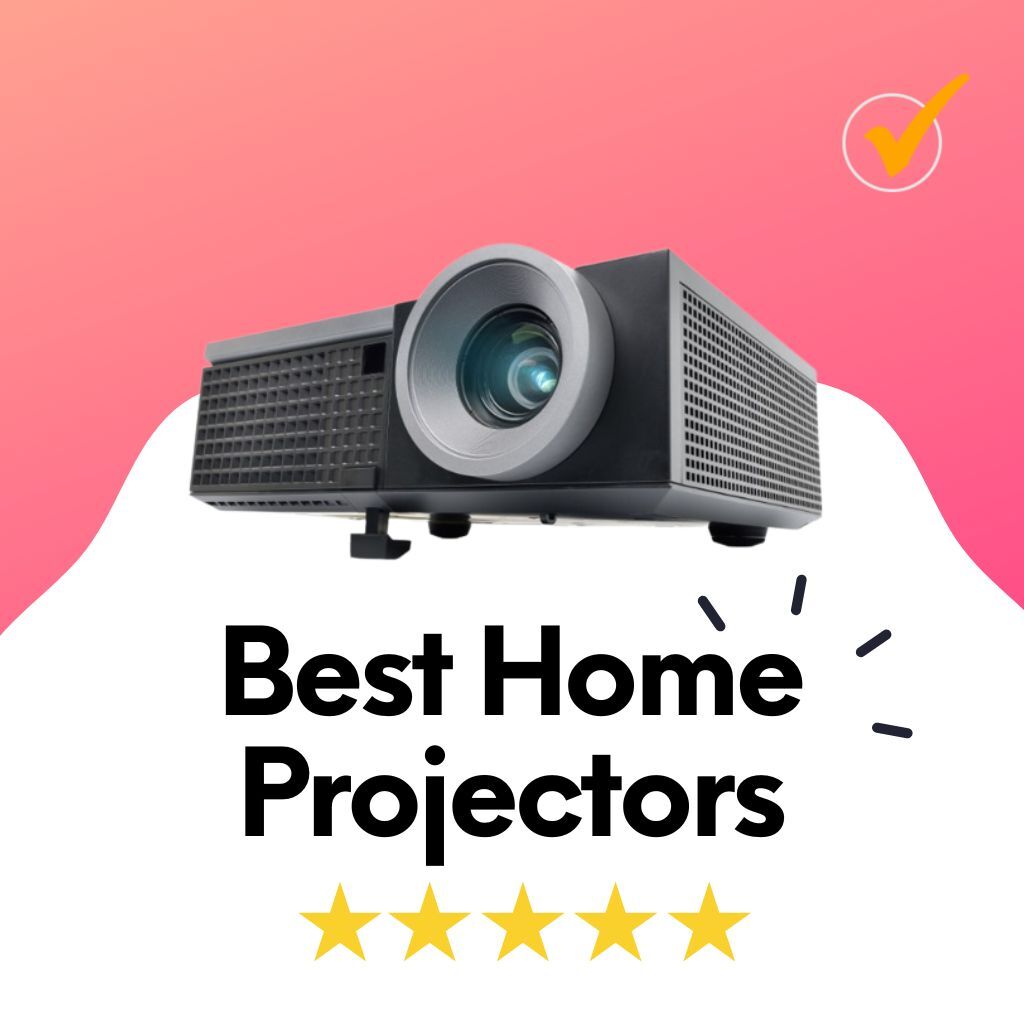 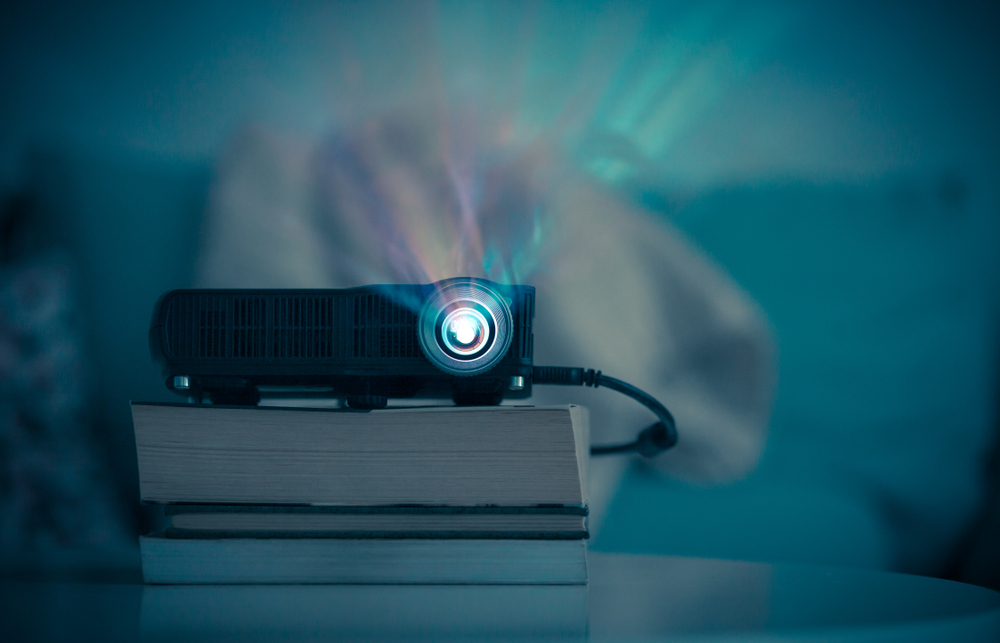 What is an LCD Projector? Use, Features & Working